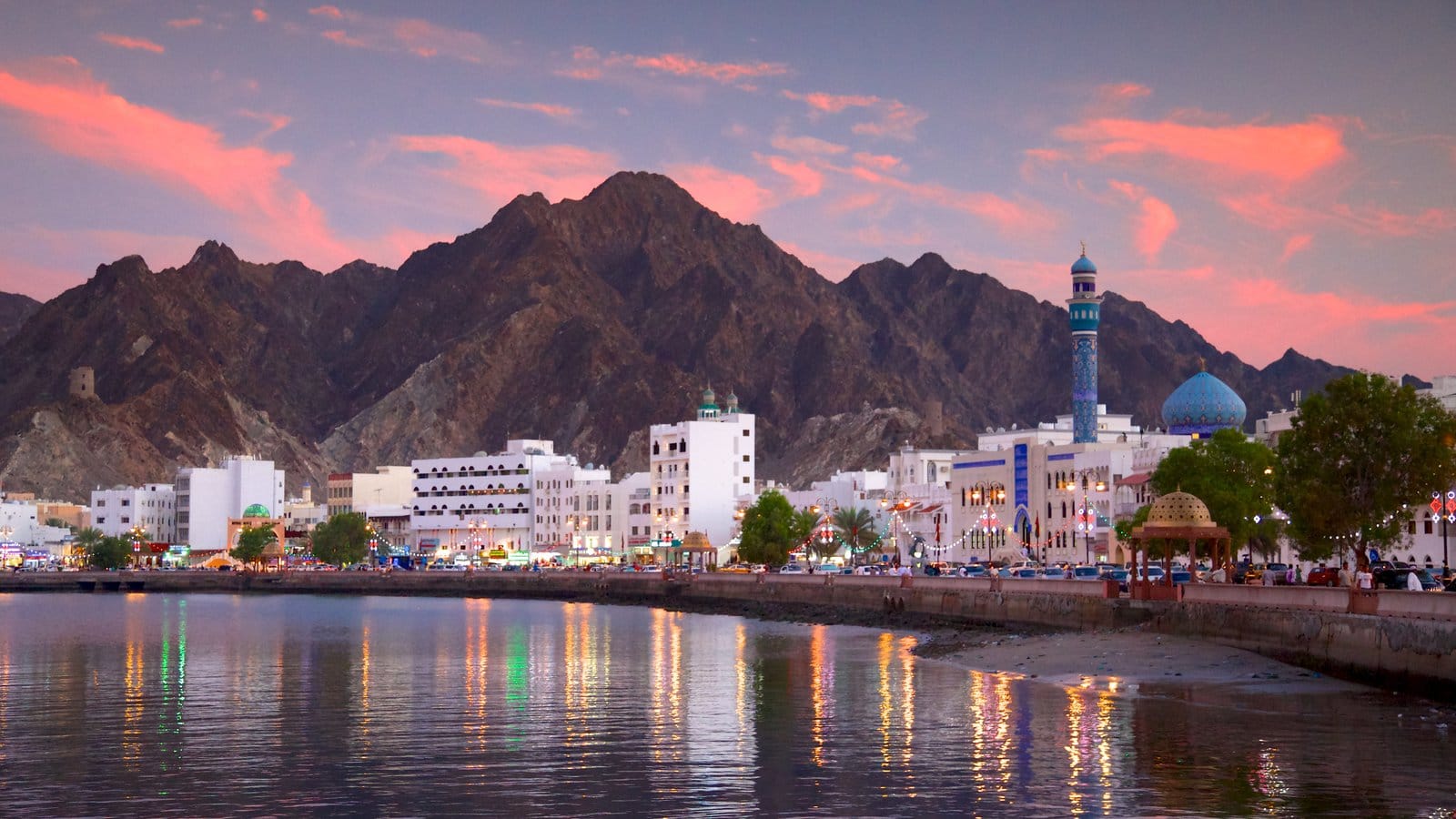 What To Do When In Muscat

It’s summer, so naturally Muscat is bearing the brunt of excessive temperatures each day, usually above and beyond 40°C. Visitors and locals tend to seek respite from the heat, cocooning themselves indoors with air-conditioners on full power! But we can’t hide away and sit still for months, we need to get out and explore the country a little; after all, it is called the Jewel of Arabia. In this heat it does seem like a pretty preposterous idea, but Oman has many places that offer us that much needed getaway from the scorching heat.

As one of Oman’s most iconic destinations, Jebal Akhdar can be equated to ‘Paradise on Earth’. The immense beauty of this tourism hotspot is just a 2-and-a-half-hour drive from Muscat, following the road past Fanja down to the quaint old village of Birkat Al Mouz. Aptly named the Green Mountain, the lush flora and fauna spreads across rolling hilltops with a range of picturesque houses and agricultural plots featured for all to admire– including one belonging to His Majesty the Sultan. The mountain range sits atop 2,980 metres of stone, having stood the test of time, with temperatures cool and pleasant throughout the summer, sitting at around 15°C.

Situated 240 kms from the capital, Jebal Shams claims the title of Big Brother to Jebal Akhdar. Having garnered critical acclaim as the highest peak in the Arabian Peninsula, the Mountain of Sun seduces urban dwellers with temperatures rangingfrom15-20°C in summer, providing that much-needed haven for those reeling from the relentless heat of Muscat. Affectionately known as the ‘Grand Canyon of Oman’, Jebal Shams offers spectacular scenery, particularly when trekking along the narrow footpaths and trails of the canyon, absorbing its breathtaking views with every step. Like Jebal Akhdar, the mountain is only accessible by four-wheel drives, however a slow ascent is worth the wait, whether you’re going solo or partaking in a tour organised by one of the travel operators situated nearby to Mysk Al Mouj.

At just 135 kilometres from Muscat this is one of those rare opportunities to turn back time in the heart of a traditional Omani village, long consumed by the rugged Al Hajar Mountains. Situated 2,000 metres above sea level Wakan Village is home to beautifully terraced gardens, resting high above Wadi Mistal. Wakan boasts moderate temperatures that are just perfect for adventurers and hikers alike. One of the popular trails nearby to the village stretches around 4,000 metres withover700 steps from those looking to beat the heat and take on what many would call a physical feat. Don’t forget to pick some local fruit for a more relaxed pleasure! These natural luxuries are truly a little slice of heaven.

A moderate ride from Muscat, Bilad rests 156kms from the capital and is worth every second spent travelling to this unique traditional Omani settlement. The village sits at the foot of the lengthy Al Hajar Mountain range, which towers over it somewhat dramatically adding to the peaceful seclusion visitors enjoy. Bilad’s olde-worlde charm hosts a labyrinth of narrow ways between the village’s near ancient building blocks, some of which are several storeys high. The ruins of a tower stand atop the hill overlooking the village, reminiscent of a time forgotten. High in the mountain range of Jebal Shams, Bilad enjoys moderate temperatures during summer, comprising that perfect weekend getaway.

The shortest drive from Muscat at around 100 minutes, Wadi Shab is a very popular outdoor attraction that allures locals and expats with a memorably idyllic setting featuring paths, cliff top diving scenes and cliff-jumping hotspots, emerald green water routes for swimming through a stunning canyon, and free climbing that make any kind of visitor at one with nature just moments after arrival. A pleasant walk and BBQ is always a popular alternative. The mountain ravine is situated south of the Bimmah Sinkhole, an aquamarine pool encircled by rock as though a metro dug deep many years in advance. The main attraction is the waterfall housed in a cave, which you can reach after a slow hour long hike passing a number of pools that call you to take a dip in their crystal clear waters.

These are some of many places you can visit with little more than a jaunt from Muscat, be it for a quick getaway from the unbearable heat or just as a weekend out of town. All of the above offer an ideal daytrip from Mysk Al Mouj, and a taste of what makes Oman a world-class tourism propision for the global travel market.

Read more less
Back to all media